If you have any club news you think worthy of publication, please contact a member of the committee.  See the Archive tab for earlier shoot results and archived items.
.::Archived News Roundup - Members Only Area::.

An overcast day but some great shooting and a fun day at the club to celebrate HM the Queen's 70 years on the throne.

Congratulations to Ed who has achieved Bowman status.

This was the first time we have shot together as a (small) group since the restrictions and the weather couldn't have been better.  We hope that as the weather keeps improving more club members will return to the field

It is with deepest sadness that we say farewell to one of our wonderful members.

Robin joined the club on 29 September 2002.  He became our Treasurer in 2005, making sure the books were always balanced and accounts paid on time.  He took care of uniform requirements for the members so that we all had the right gear to look good on the shooting line.

Robin was always there to give advice to new and old members, spending much of his time as a coach and part of the training team.  He was one of our main organisers, getting involved with pretty much everything.  Not only did he help with our club but he also helped people outside as a digital eagle.

He was able to fit in his own archery time, shooting longbow, and doing very well at our competition clouts.  Robin was one of the intrepid archers who ventured to foreign shores to shoot.  He made it to France and Holland a number of times.  On one infamous occasion, at a roundabout in France, all three cars of our convoy each took a separate exit in a 'starburst' fashion.  It took hours to reconvene, Robin having taken a more scenic and lengthy route!  Robin also made a name for himself drinking Jagerbombs during evening relaxtion at an annual shoot in Holland, and waking up late looking much the worse for wear!

Robin was very proud of being part of the 2012 Olympic opening ceremony in the Industrial Revolution segment.  We all sat glued to our sets trying to spot him.

Rest in peace dear Robin.  We love and miss you. 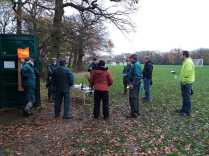 We had a small get together during archery to celebrate the coming of Christmas.  The numbers were few but those gathered were cheery and glad to be out on a damp day surrounded by the muddy field.

A very belated birthday celebration for George due to the pandemic. It should have been April but better late than never.

It was a chilly day for an informal field shoot in Kent comprising 20 festively decorated 3D targets.

Against the glorious backdrop of the privately owned Allington Castle, competitors were shooting various nine dozen rounds.  After the first dozen the heavens opened and torrential rain soaked those with no wet weather gear for next two dozen.  This resulted in some competitors leaving.  The rain hampered shooting but it stopped at lunchtime and the rest of the day was largely warm and sunny.  The assembled company was mostly good natured and we made some new friends and came away with two medal prizes including a specially engraved anniversary glass. 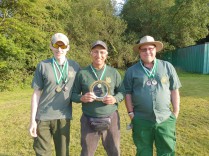 A great result for the Bromley Barebow Team in this afternoon tournament.  Shooting a Long Western against some very difficult competiton, they won the team prize.  In addition, two of the team won individual medals. 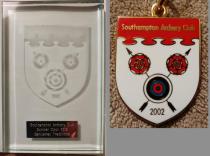 A very serious clout competition where attendant archers are normally avid clouters.  Some travel the length and breadth of the country to compete. Scoring is traditional, into a clout circle.  Tom competed as the only traditional barebow competing and was awarded the prize in recognition that the bow type is becoming more prevelant.  Both achieved white Tassel awards. 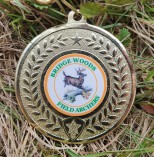 Shooting at 3D animals at unmarked distances from about 20 yards up to 60+ yards, through bushes and round trees.  Tom was shooting in the traditional bow hunter class (any bow shot off a bow shelf using metal arrows), and won joint First place.

Most uncommon for our lot to venture north but four of us went to East Finchley and had a fantastic day.  Aquarius shoots on top of a reservoir with some amazing views and a very friendly and welcoming bunch of archers.  This was a fun day and many attendees dressed up in medieval garb with the Sheriff of Rottingham leading proceedings.  He handed out groat fines for minor infractions or just because he felt like it.  The weather was interesting with some heavy, squally rain showers and a variable wind.  At the end there were some fun shoot offs at pictures of Errol Flynn as Robin Hood and gold H2Hs for the Sheriff’s weighty purse.  Andy managed to get down to the third of the H2H (only two places were awarded).  A brilliant time had by everyone and our archers shot very well, including Tom who beat at least one Master Bowman.

A day of fun and excellent shooting.  Of note was Andy Barham’s triple in the crow atop the pole.  He also hit the knight on horseback with three arrows all within inches of each other at the collarbone.

After an absence of some months with a wrist problem, Emma Barham was back in fighting form to take the barebow ladies prize.

Bromley’s attendance was good and everyone enjoyed the day.

Andy Barham – special prize for 3 in the crow

WA 70 round with head to head for medal places.  Tom beat fierce competition to win the bronze medal in a final one arrow shoot off. 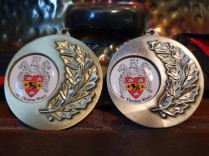 Success again for the two BAC members who attended, shooting the double York.  Very close scores at the end of the weekend.

A steaming hot day for Fox’s nine dozen, open shoot.  There was some variable wind to ruffle the flags atop the targets which sent some of our arrows off course and even knocked some of the untethered scopes flying.  (Shame!)  Missing arrows kicked up the dust from the dry ground as they went skidding off to the nether end of the field!

An enjoyable shoot, at a beautiful venue with some very pleasant company.

After an absence of three years, the Eltham College buildings and ground were back from some major renovations.  Always a popular shoot, the Crecy Clout was well attended, including seven of Bromley’s archers.

The compound was at the opposite end of where we normally shoot; but the Black knight was ever present in the middle of the compound with various attendant knights and shields on the ground.  Although the day started off bright enough, part way through the morning it drizzled and there was a persistent strong side wind.  This did not stop the archers continuing their battle against the French!

At the end of the day, four of our archers won places on the podium.  Helen also won a flamingo in the raffle which was donated to Steve’s dog!

A thoroughly enjoyable day in spite of strong wind at the longer distances and a bit of rain part way through.  Our three intrepid archers shot the St George round and made some new friends. Lunch was included and food after the shoot, with a birthday cake celebrating the club's age. 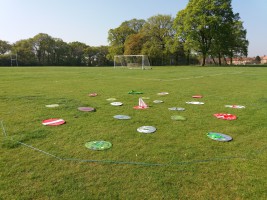 We should have known it would be a difficult day when it snowed upon our arrival at the ground.  The wind did not stop all day and blew strongly across the targets, sending arrows sideways.  Considering how difficult conditions were the archers did well to finish. 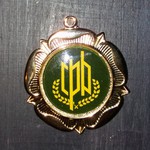 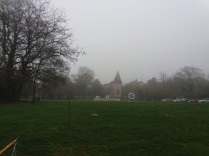 A foggy and soggy day out in Swanley with persistent drizzle throughout the shoot (a Western).  Five Bromley Archers attended, three of whom achieved medal status. 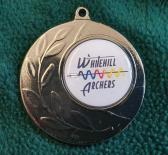 The first day of the competition was a metric WA70, where Andy and Tom shot well but were up against more experienced archers. However, on the second day Tom triumphed in the St George round coming second.

A team of Bromley archers painted the sheds and tidied the main equipment container.  It makes a big difference.  Please keep things tidy! 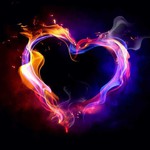 _________________
COVID
COVID 19 precautions are still in place but to a lesser extent.  All BAC members and trainees should read the information provided on the Members page of this website and take any necessary steps as indicated. Anyone with symptoms should not attend the club.
_________________

In celebration of HM the Queen we had a fun field shoot.  Results can be found HERE.