The Tassel Award for Clout Archers has been operative for some years.  First introduced in 1996 within the boundaries of ‘The Northern Counties’ and nationally adopted by GNAS (ArcheryGB) in 1998.  Although the scheme is a national award The Northern Counties Archery Society administers the scheme and issues the awards.

For a tournament to obtain ‘Tassel Award Status’ they must apply to the scheme administrator at least three months before the event.  The fee that is levied is 50 pence per archer entered and is payable following the shoot.  This enables the organiser, should they so wish, to pass the charge onto the archer.  Further information can be found at http://www.ncas.co.uk/clout.html 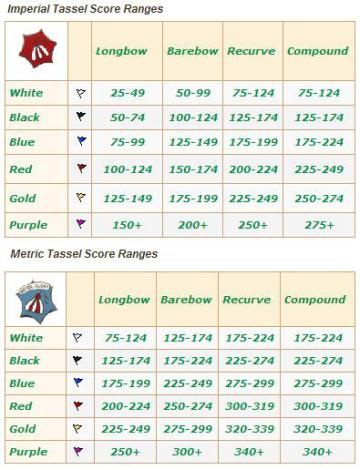